After some testing with 3D projection videomapping I build this set with Rutger Verspeek.53 cubes live controlled and mixed through Touchdesigner, MIDI controllers and the Kinect. Some pre made animations and camera tracking are done with Cinema 4D using the camera calibration tag. It means that objects will float when watching from the projectors position. Textures are realtime controlled with a second computer running Photoshop remote server.Music by Nicklas Nygren.

Hardware:
Kinect v1 for windows
In Cinema4D I placed the cubes that i have in a 1:1 scale. Using Photoshop to draw a couple of lines so i know where the X, Y and Z axis is in the real world. Then i used the the camera calibration tool and positioned the camera in cinema4D based on the lines i draw in Photoshop. At that point the projector am using and the camera in Cinema4D are exactly the same. 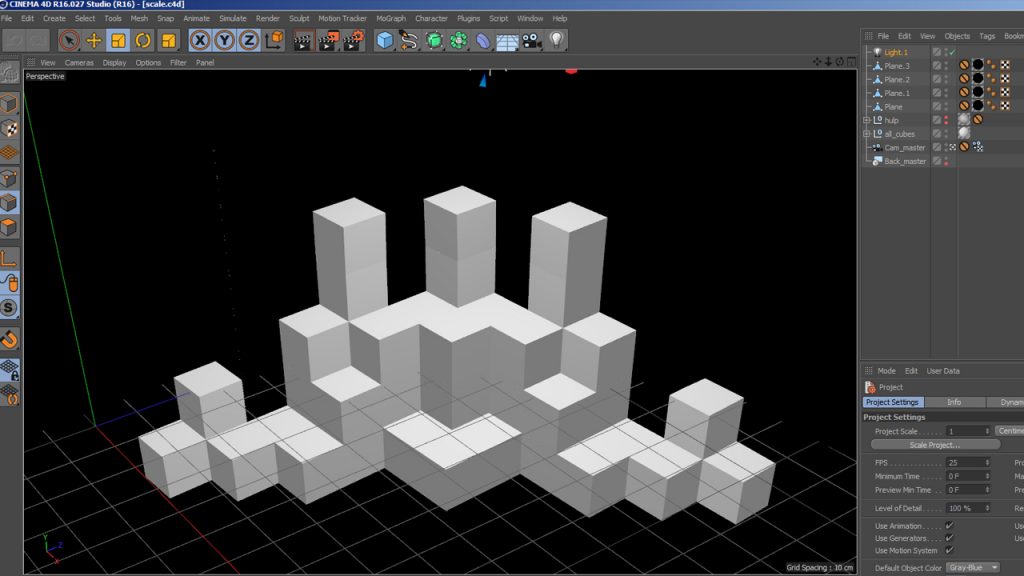 Then i can export my Cinema4D file as a FBX with the camera into Touchdesigner and make the animations. 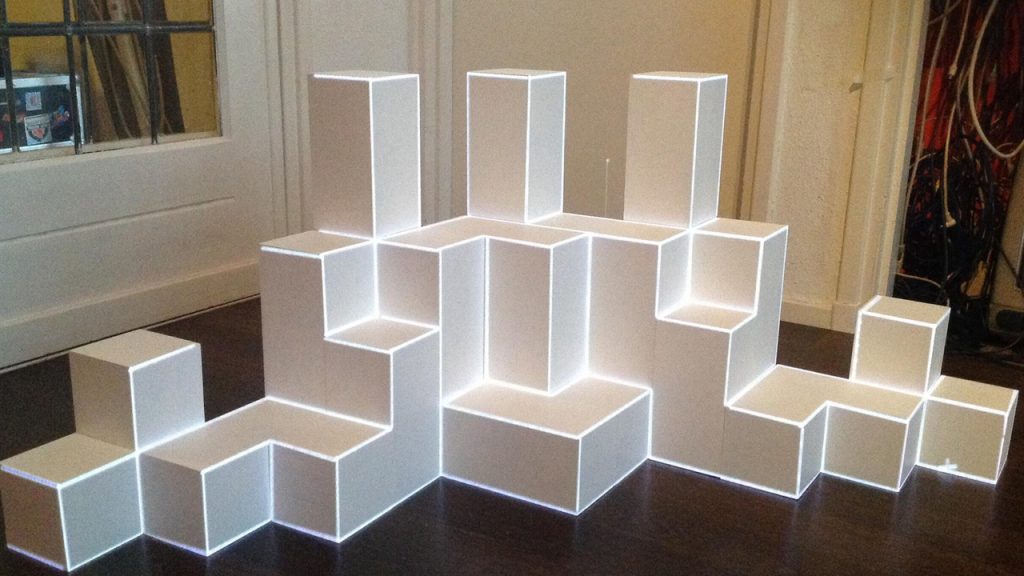