Why are we so serious when we shop, walk down the street or calling other people. Why are we not laughing to one another. Where is the fun of life gone.
With this truck I try to encourage that moment of joy by a crazy weird RC truck with a mega-phone on top. Through a wireless connection the controller of the truck can speak through a mic and will send this wireless to the mega-phone. Direct communicating with the people in a funny way breaks the ice and always gives you a smile on your face.
Also I expanded this truck with a wireless camera and boosted the siren with some extra power.
During REMF 2007 – The Rotterdam based Electronic Festival I released this project with a big succes, a four wheel driven radio controlled truck with a megaphone on top. Music played inside the clubs and funny sketches were played outside on the streets combined with an onboard camera, police siren and a red flashlight, pleasing the audience as they stood waiting.
In 2009 i was asked by Dropstuff to perform during the Biennale of Venice with nine other dutch artists and also performed during DutchPunch in Yaroslav, Moskow and St Petersburg Russia. 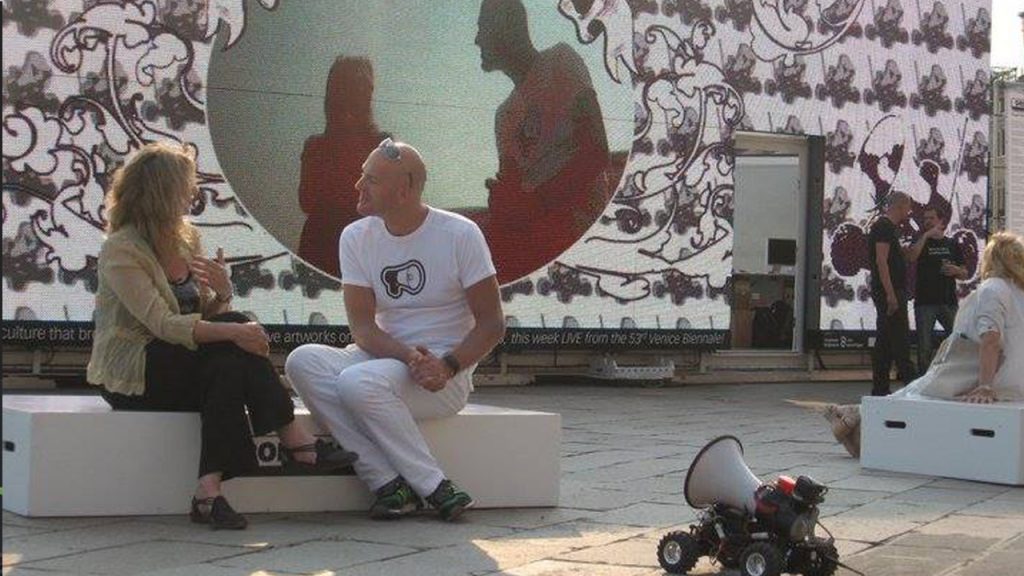 Truck was strongly emotionally involved by some people specially kids. The imagination in dialogue with some children was fun and exceptional. I found out that the truck developed a strong connection with these kids. 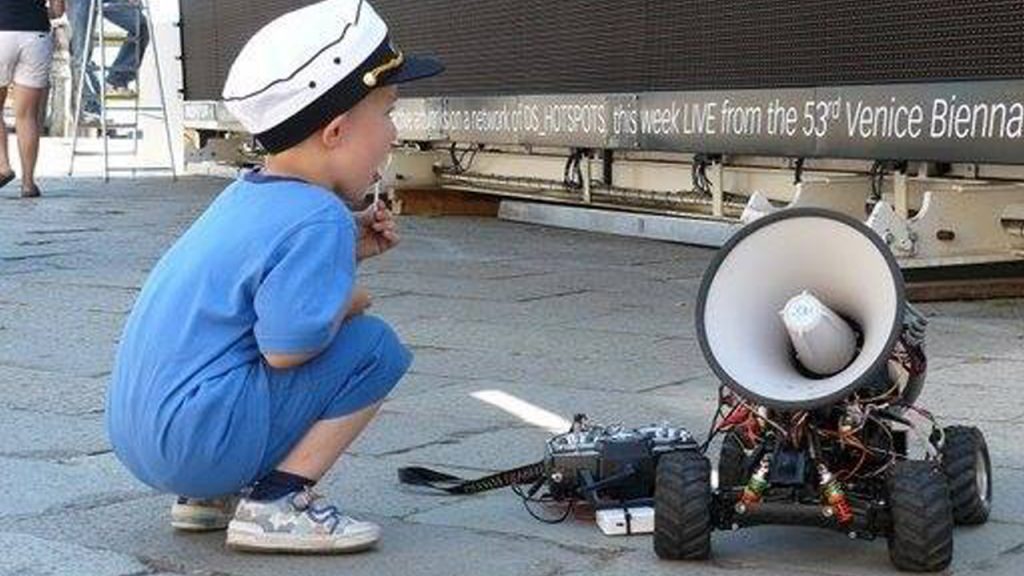